Why Hire Out Instead of Hiring Internally for Upper-Level HR Positions?

Why Hire Out Instead of Hiring Internally for Upper-Level HR Positions?

It's one of the more frustrating aspects of working: A human resources position opens up that's a pay grade above yours, yet the company hires someone from the outside, rather than interviewing anyone already working there. This can be because the company doesn't want employees moving around, but it can also be due to reasons that have to do with a lack of staffing or the true experience level of everyone still in that department. And if you now find yourself in the position of the person doing the hiring, you may realize that the employees you still have aren't going to be good matches for the job. In this case, you can turn to an HR executive search firm for help.

Everyone Is Too New

When an upper-level staff member leaves the company, looking at lower-level staffers who have the intelligence and drive to do well in the higher position could be a very good choice. However, if everyone in the department is relatively new, they're not going to be ready for such a large jump in responsibility when they barely know the duties of the jobs they have now. That doesn't mean they're terrible, just that they don't have the experience and knowledge needed right out of the gate in these higher positions. You've got to find someone who has been working in a similar position to the one you're hiring for, and an executive search firm knows how to do that in an efficient manner.

No One Wants the Job

Being promoted to a higher position in a company isn't always what some workers aspire to. Those jobs could have more pressure and require more overtime than current employees want to deal with, even if the financial compensation is nice. If you find yourself without upper-level HR staff and the lower-level staff don't want to apply, you've got to look outside the company. An executive search firm will be the key to finding great candidates.

You Want to Change the HR Culture at Your Company

It's true that your human resources department is supposed to protect the company as a whole, rather than protecting the employees from the company. Yet sometimes an HR department can take that way too far and contribute to a toxic environment where no employee is protected. If upper management gets wind of this and has common sense, they'll do what they can to change the culture in the HR department. That can include firing most of the department including the executives in that area. That can leave a small skeleton crew to handle payroll until new executives are brought in. An executive search for an HR team can be done relatively quickly so you can get your new department up and running. 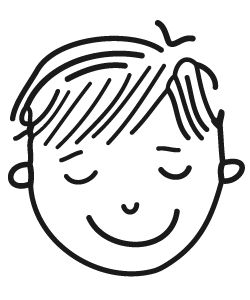 There are a lot of different ways that businesses can make money, but the fact of the matter is that only some of the ways can stand the test of time. I have always loved studying what makes various businesses successful, and it has been interesting to learn more and more about how companies can live or die by their own ideas and morals. On this blog, I wanted to open up the floodgates on discussions to talk about business, because it really can help other people to learn more about business and what makes a company great. Read more to enlighten yourself.

Ready To Carry And Want To Be Comfortable With A Gun? Take These Classes And Start Simulator Training Today
12 October 2022

Why Hire Out Instead of Hiring Internally for Upper-Level HR Positions?
16 August 2022

Recently Moved Into A Home With Propane? Here Are A Few Basics About Delivery Service
25 April 2022